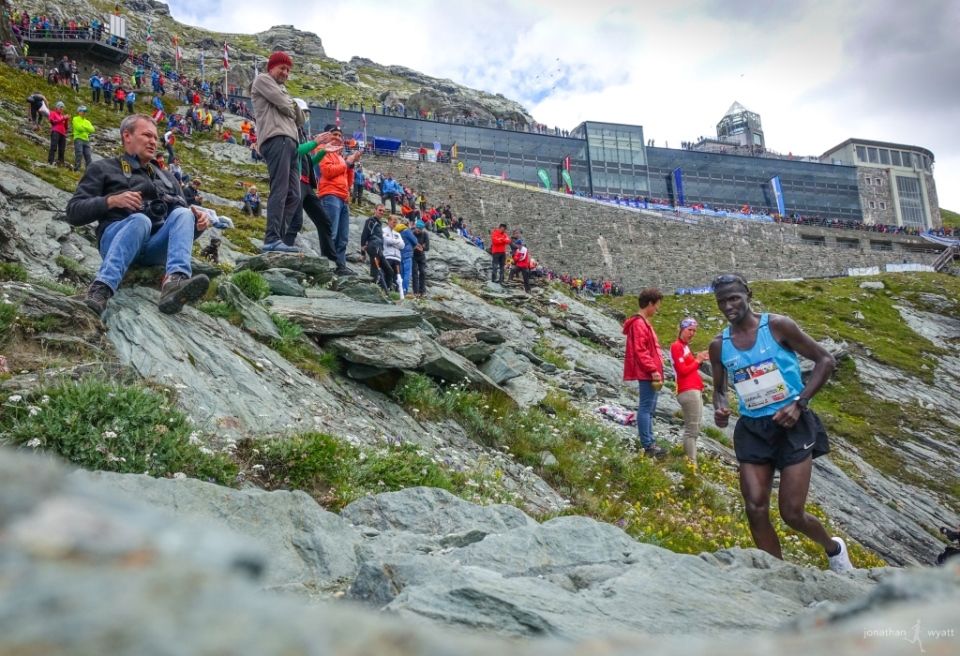 GROSSGLOCKNER BERGLAUF: GATONGA STARTS AS WOMEN'S FAVOURITE AND DOUGLAS CONTINUES THE CHASE FOR THE 2019 WORLD CUP TITLE IN AUSTRIA

It's the third stop of this years exciting WMRA Mountain Running World Cup and it takes centre stage in the Austrian village of Heilingeblut.  It is called the â€śGrossglockner Berglauf.â€ś

The mostly uphill track is known to be fast but incredibly tough climbing up to finish at 2369 meters abovesea level at the Franz Josef Hohe lookout that sits opposite the highest mountain in Austria - the Grossglockner.  The final 800 meters of the race has a section aptly named 'the wall' where runners zigzag up the final ascent with the cheers of the crowd echoing out over the glacier valley.  The race track climbs uphill over it's 13.5 km course and features 1494 meters of positive elevation.

Many of the Worlds best Mountain Running athletes are coming to the Grossglockner directly from the past weekend's European Championships in Zermatt (Switzerland) where Great Britain and Italy were strong protagonists of the races there.

Gold team medal winner in Zermatt was Andrew Douglas (GBR), who is also leading the World Cup by virtue of winning both stage one and two at Maxi Race and Broken Arrow. He will lead the elite field against a strong field headed by Geoffray Gikuni Ndungu (KEN), the defending champion from the 2018 Mountain Running World Cup making this race an interesting match up of the two strongest Mountain Runners on the World Cup circuit. 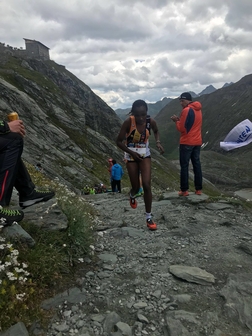 Francesco Puppi (ITA), the 2017 WMRA World Long Distance Mountain Running champion, Martin Dematteis (ITA), the 2016 European Mountain Running Champion and 5th at stage one at this years Maxi Race in Annecy and Luca Cagnati (ITA) 15th at the recent Trail World Championships in Portugal, are traveling across the border from Italy in what is a very deep mens field and includes athletes from 12 different nations who will take their place on the start line.  Others to watch out for on Sunday will be Robert Surum (KEN) who took third in last years Sierre Zinal World Cup race, Sam Sahli (USA) who was second in the last World Cup race that took place at the Broken Arrow Skyrace in Lake Tahoe USA.  Then we can't forget that top Austrian based runners will include Isaac Toroitich Kosgei (now living premanently nearby) and Manuel Innerhofer, who had a very strong 8th place in Zermatt (European Mountain Running Championships) last Sunday will push hard to make the podium.

There will be a huge battle in the Women's race.  If the men's race is hard to predict then the Women's competition is even harder!  Purity Gitonga (KEN) and Pavla Schorna (CZE) stand out with their recent history on the high alpine Austrian course.  They recorded a second and third last year in Heilingenblut repectively but this time they will go up against Sarah McCormack (IRL), who took second in the Maxi Race and was third in the World Cup 2018 ranking.  Charlotte Morgan (GBR) is the reigning WMRA World Long Distance Mountain Running Champion so she is one with plenty of Mountain Running pedigree.  But if we talk about strong international mountain running experience then Sarah Tunstall (GBR) will be the standout name to watch.  She placed fourth last week at the European Mountain Running Championships and will surely confirm her great form with a goal of scoring an important World Cup success in Austria.  This will be her first World Cup race in 2019 and could be a sign that she wants to make a bid for an overall title in the 2019 season.  The athlete with the longest travel to reach Austria must be Sabrina Grogan (NZL) from New Zealand while the name of Gloria Giudici (ITA) has experience on the course and rounds out the female elite runners to watch for the weekend. To sum up the Grossglockner Mountain Run would be to call it a 'Great Classic Mountain Race' with an atmosphere representing the heart of Mountain Running tradition.  It's a tough but incredibly scenic and inspiring landscape and mountain envirnoment taking in Austria's most important National Park.  It's a mountain run that should be on everyones list of 'best running events' to do.  The track leads you across all types of diverse alpine vegetation.  From the grassy alpine meadows with traditional farms and cow bells ringing out over the landscape and on up to the high alpine glacier and moraine fields.  After the start the participants run through the village to the head of the valley above Heiligenblut.  Then it's off to the Sattelalm and on up to the Bricciuskapelle.  The course track then reaches the biggest glacier of the Eastern Alps, the Pasterze with the finish line that has the runners climbing up to the Kaiser Franz-Josefs-HĂ¶he. Here the crowd urges on all of the 1000 runners with their cheering and encouragement that is a classic feature at this iconic race.