The two Africans were victorious in Ljubljana, Slovenia today at the 2019 World Cup Final held on the Smarna Gora Mountain - today in its 40th edition.  But the ultimate biggest smiles were on the faces of Andy Douglas and Sarah McCormack, bringing to a close their campaigns to win the World Cup. Itâ€™s the day of their World triumph and is a reward for a full season of strong and consistent running.  Douglas from Scotland and the Irish woman Sarah McCormack got to raise the 2019 Mountain Running World Cup represented by the crystal trophies today.

It's a great achievement for these two athletes, who have shown great consistency and mental strength throughout all the season.  The seeds of which were planted many months ago, when the long and exciting adventure of the 2019 World Cup began in the French Alps of Annecy. Following this they raced in the USA, Austria, Wales, Switzerland, Italy and here in Slovenia. It has led the World Cup athletes to compete on a huge variety of terrain and distances and reveals to us now just who are the best all round Mountain Runners. 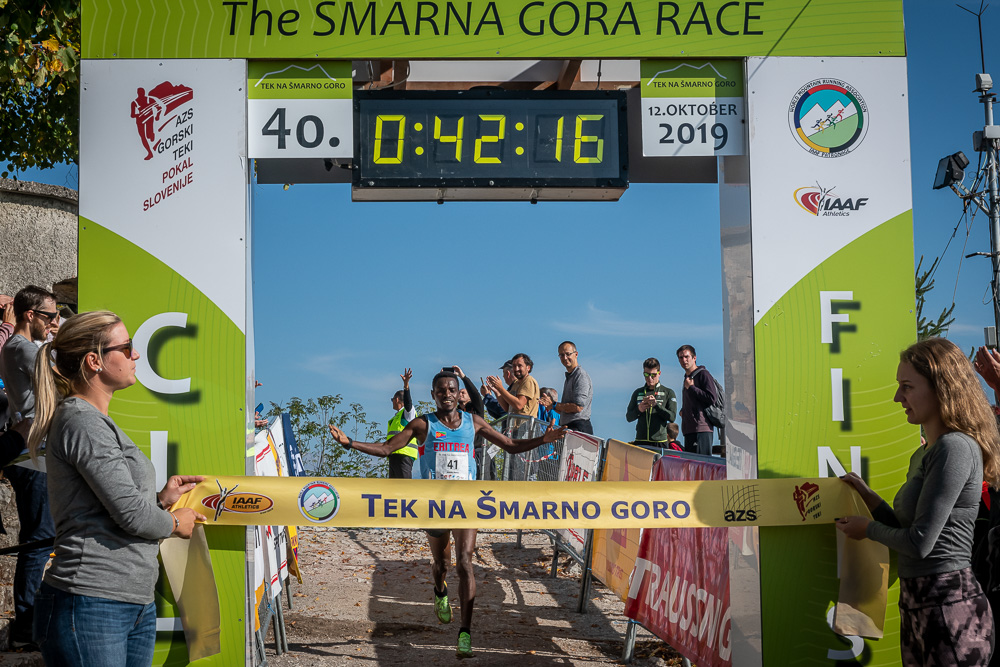 The way the day's race played out was just as exciting with Eritrean Filimon Abraham trying to secure his second position in the World Cup and so he attacked early, forcing his opponents to respond to try to hold his fast pace on the first and longer climb of today's 10km course.  Another Eritrean, Petro Mamu initially let him go and led a group the included Andy Douglas and Timotej Becan.  Mamu kept the gap to under 20s and responded with a strong second climb up to the finish after a tricky and technical descent.  He overtook his compatriot just 400 metres before the summit finish and sprinted away in the final metres to win but with out the race record that stays still with the Italian Alex Baldacini who today finished back in 8th place.  It was the 3rd win for Mamu at the Smarna Gora after winning on Ljubljanaâ€™s St Mary hill in 2015 and 2016.  A final time of 42'17" for Mamu, with Abraham 2nd by only 4 seconds (42'21"), in 3rd place the hero of the day, the slovenian Timotej BeĂ§an ended in 43'19"  one place in front of the winner of the World Cup Andrew Douglas who was 4th in 43'23 â€ś.

Pre race predictions were respected in the women's race where the back to back defending Champion Lucy Murigi took the victory in 50â€™55 â€ť, thus returning to smile after a long period of time away due to an injury. The Kenyan had to struggle to break the resistance of Sarah McCormack early on who even at the five kilometre mark was still close with less than 20 seconds to make up.  But Murigi turned on her trade mark power in the second half and powered away for what was a comfortable win in the end.

2nd place with 51'51" was McCormack who had sealed her first World Cup vistory and it was a magical season for the Irish star of mountain running.  3rd place on the day for the Czech runner Lucie Marsanova was a great run and she finished strongly with a final time of 52â€™20" The World Cup final rankings at the top didn't change after the race but there were plenty of changes in the positions from 2 to 10 and showed that by running in more races the athletes could push up to a higher place.  Runners that completed all 7 World Races also recieved a 50 point bonus and this also boosted some of the positions. 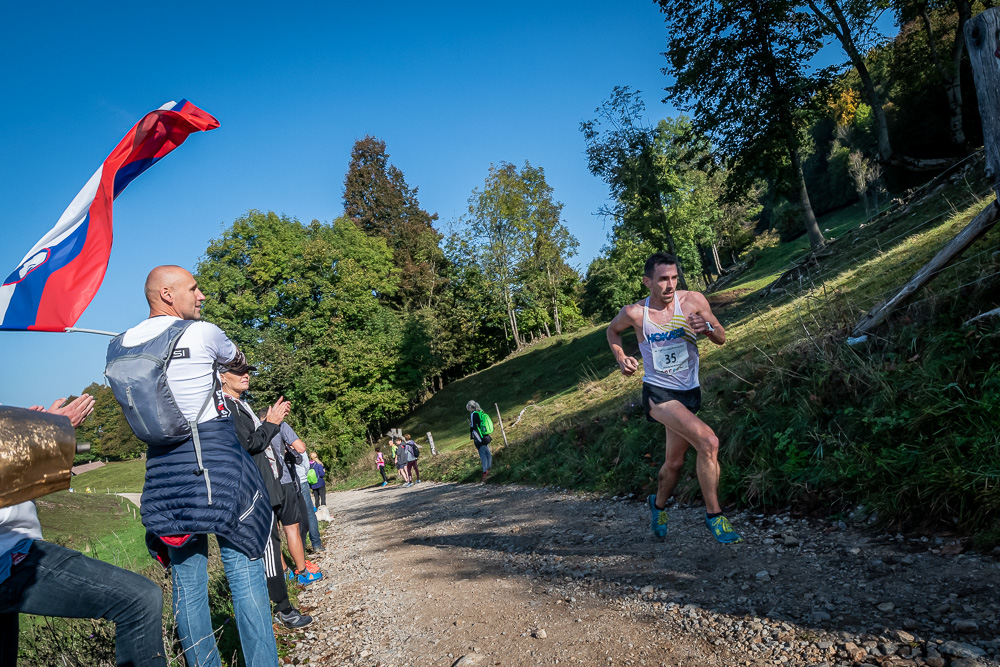 The male podium sees the scotsman Andy Douglas celebrate the triumph joined by the two Eritrean mountain sensations Filamon Abraham (2nd) and Petro Mamu (3rd). For Mamu the victory today was decisive to reach the World Cup podium, together with the 6th place of the Italian Bernard Dematteis, who missed the final podium and top three by just 5 points.

In the women ranking Sarah Mccormack was untouchable with 495 points, Lucy Murigi improved in 2nd with 210, and it was the same score for the English runner Emma Clayton, who moved to third by virtue of the two victories of Murigi at Annecy and today here at Smarna Gora. 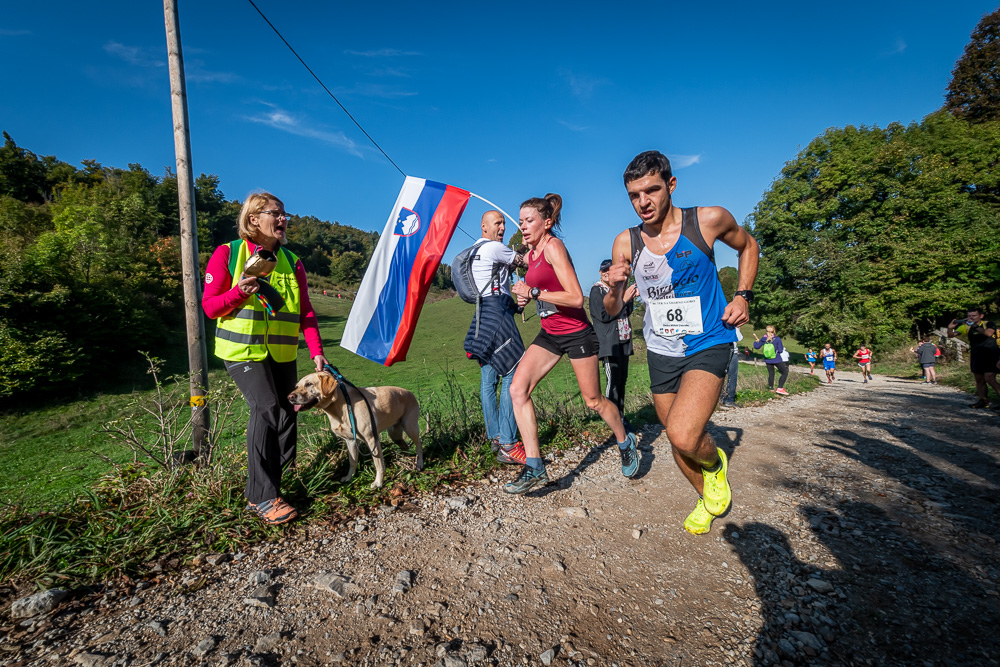 Its a nice signal from Clayton, back to the mountain running after a few years of absence, she could be one of the protagonists for next season and the next edition of the World Cup, which in just two years is back with this relaunched version and holding its own in the universe of top World class competitions.

The photo gallery from the race below with the photo credit : Marco Gulberti and the World Mountain Running Association 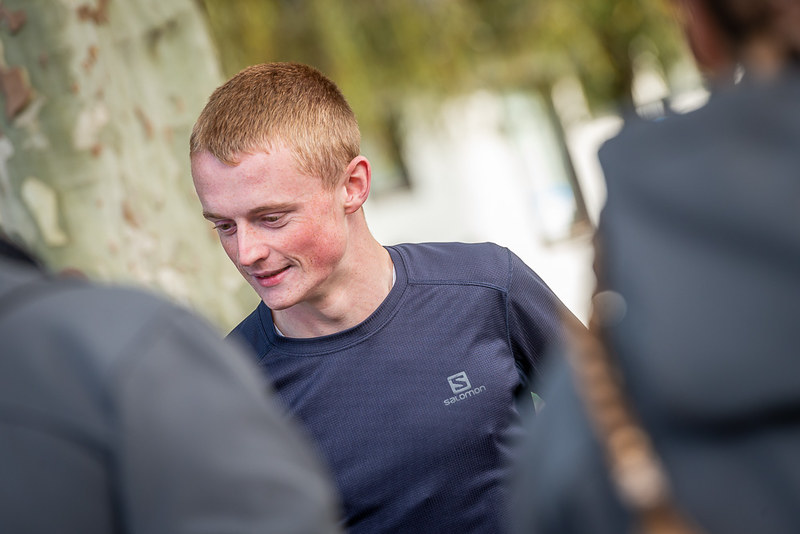