Incredibly Close Races At Trofeo Vanoni But No Records Broken

It was billed as a star-studded race and Trofeo Vanoni 2019 didn't disappoint!

The 36th women's Vanoni race had 112 starters, including the 2019 World Cup winner, Sarah McCormack, and 2017 and 2018 World Cup champion, Lucy Murigi. After the gun went off the runners climbed up through the crowds to Priula. Murigi immediately went into the lead, with McCormack and Elise Poncet hot on her heels.

They reached the first summit almost together and then a very fast descent followed. As Murigi then approached the 'jump' she misjudged it slightly and slipped. Could that have been the mistake which cost her a chance at breaking Emmie Collinge's record? It didn't, however, cost her the win. She crossed the finish line in 21.16, an agonising 3 seconds off Emmie Collinge's record. Just behind her, Sarah McCormack (Snowdon Race Team) took second place in 21.23, followed by Elise Poncet just 5 seconds later. Anais Sabrie (France/22.12) and Gaia Colli (Atl. Valle Brembana/22.17) completed the top 5. Last year's winner Elisa Sortini (ATl. Alta Valtellina) was sixth in 22.30, followed by Pavla Schorna (22.53), the Scout Adkin (23.04), Alice Gaggi (La Recastello Radici Group/23.13) and Kelli Roberts (Snowdon Race Team/23.19). 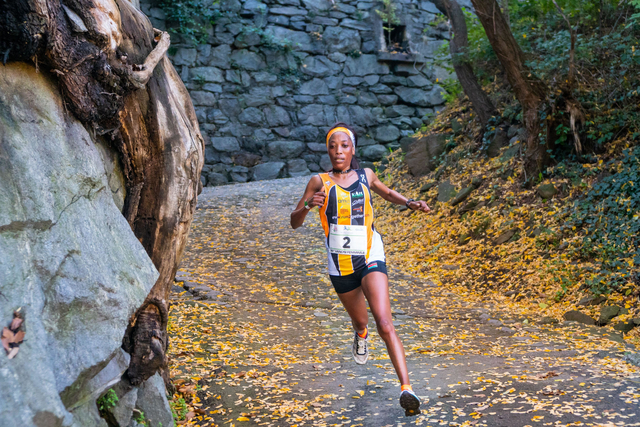 The first 3 runners all being within 12 seconds,says a lot about the level of the race, as does the fact that there were 7 non-Italians in the top ten. A memorable Vanoni ladies race with a very high standard.

Afterwards Murigi said, "The jump took me a bit off guard, it's a shame not to have set the record, but it was still a great race".

There were 156 relay teams at this year's Trofeo Vanoni relay race. Combined with the good weather and excellent organisation by CSI Morbegno it created a great spectacle. In the early stages the record holder Alex Baldaccini set off fast and was leading at the top of the first ascent, but by the time they hit the red carpet he was shoulder-to-shoulder with Alberto Vender. Baldaccini passed the baton to Luca Merri, while Atletica Valle Brembana launched Francesco Puppi. In the second leg the gap of the Valle Brembana Team increased to two minutes with Puppi who, despite a good race, hoped for a better time. 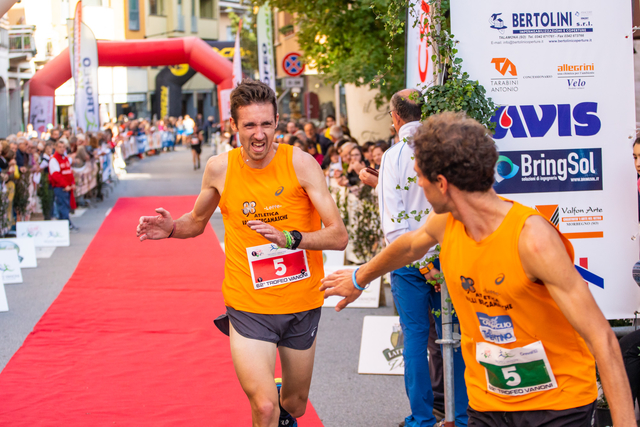 On the third leg Nadir Cavagna tasted triumph, slowing down in the finishing straight to drink in the applause of the spectators. But it was a fight for the remaining positions on the podium with Cesare Maestri, who gets the best time of the day (29.28) and takes Atletica Valli Bergamasche to second place, with the French team in third. The first three teams all finished within 16 seconds, demonstrating the competitiveness of the field. The top 5 was completed by the Tornado (with Bacchion and the Cassol brothers) and La Recastello Radici Group (with Ruga, Piana and Bertolini). Next was the Snowdon Race Team, the SA Valchiese, the Falchi, the inov-8 Team, Spain and the â€śred devilsâ€ť of the CSI Morbegno (Giovanni Tacchini, Stefano Sansi, Marco Leoni). 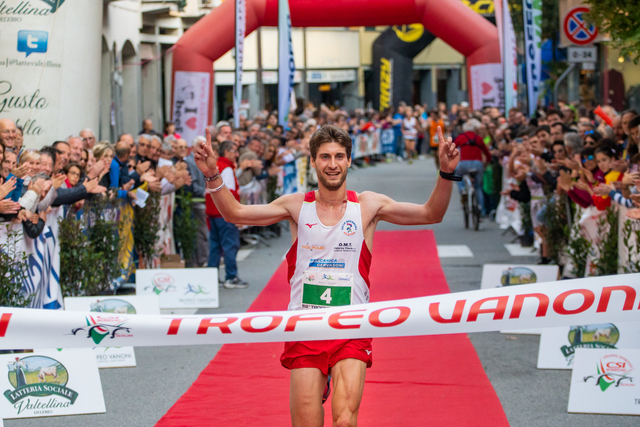 Find out more about Trofeo Vanoni.

Images by Ganassa and Meneghello.