Race Directors On Living With Uncertainty 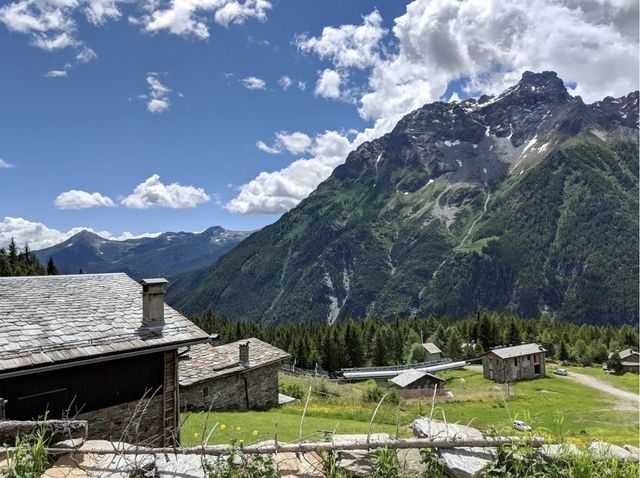 As the global pandemic continues to affect everyday life for most people, we wanted to speak to race directors, who have been dealing with more uncertainty than most. As some races are starting to go ahead we wanted to know what runners can expect. We also wanted to know their opinions on what long term effects the situation will have on their races in the future.

Obviously it’s always a heart-wrenching decision for any race director to cancel a race, but this year it’s been a harsh reality for many. For several months races were out of the question in most countries, but from July onwards some races have gone ahead, albeit looking slightly different. We asked race directors what changes they’ve made to allow their races to happen.

Cristina Speziale is one of the organisers of Trofeo Vanoni, which takes place on 25th October 2020. She told us that “The Italian Athletics Federation has disclosed some rules for races' organizers. Of course, the emergency situation is ongoing, so we are not sure if the same rules will be valid yet in October or maybe these rules will change. To sum up, at the moment: registration will just be online; spectators will not be allowed; and the race starts will either be a time trial, or a maximum of 50 runners will set off at intervals (of at least 3 minutes) removing masks just before the start, or a maximum of 200 runners setting off at intervals (of at least 5 minutes), removing masks around 500 metres after the start. In addition, the prize giving must be very short.”

So it’s clear that there are still some variables to be decided, but it’s also clear just how much thought has gone into the race to allow it to happen safely.

Canfranc Canfranc takes place on September 11th to 13th and they have published a full document detailing their Covid-19 protocol. Organiser Alex Varela has stated that "we want to do everything possible to ensure that there are no infections. We know that the risk of contagion is never zero, but we want to do everything possible to bring that number as close to zero as possible." Their list of measures is comprehensive and includes: runners having temperature tested and wearing a mask in order to enter the start area (and keeping it on until the start; staggered starts (elites go every 30 seconds, 4 non-elites go every minute); numbers will be posted and race packs picked up at set times; and runners will be asked to maintain distance during the race, only overtaking where the course is wide enough.

Canfranc Canfranc acknowledge that the areas where the runners are likely to gather are the most difficult to manage, particularly start and finish areas and aid stations on the course. Runners will be required to wear their mask at all three of these areas and use hand gel. At aid stations all food will be packaged in individual packaging (runners pick up as many bags of the food as they need) and runners will handle their cups, with volunteers using taps to fill them. At the finish they will be given individual refreshment bags.

Sierre Zinal has taken a different and somewhat innovative approach. They are allowing runners to complete the marked route for 33 days and there will be volunteers on hand to support the runners. Organiser Valentin Genoud told us, “only 300 participants are allowed per day. We have 3000 participants spread over 33 days, from 17 August to 18 September. there will be a volunteer welcome at the start (distribution of the race number and security check), a refreshment station in the middle of the race (Chandolin) and a volunteer welcome at the finish with the awarding of the medal and diploma. The stopwatch will give runners an official time but not ratified.” This just shows the lengths organisers are going to, to make mountain races happen and happen safely.

K42 Argentina, which takes place in November is taking a ‘watch and wait’ approach. Organiser Diego Zarba told us: “For the moment we are not taking any particular measures, because we consider that is practically impossible to guarantee social distance measures to minimize contagion risk in this kind of events. We believe that measures could be taken for instances like bib registration, that social events can be cancelled, etc. Even, against our wishes, we could do starts by waves, but in practice we cannot guarantee that runners won't gather up in the course. Despite this, we continue to analyse how races are being organized in the northern hemisphere, in order to make decisions based on their experience.”

Of course, many races have ended up having to cancel altogether. Member of the WMRA athletes’ commission, Kasie Enman, is a race director in Vermont. She told us. “I am a race director for a race in our local mountain running series and have just made the difficult decision to cancel our race (the series was already cancelled a while back). It was originally scheduled for the end of April. Then postponed to mid-November. But, since it draws runners from multiple states around the region, many of which have a higher case rate than Vermont (where I live, and where the race takes place), it is best to cancel.”

So, with race directors having to make hard decisions and changes (which often involve a lot of additional work and cost) about their events, is it likely that there will be a long-term effect on races? Initially Cristina Speziale doesn’t think that runner numbers will be affected, because runners will be looking forward to racing again so much. However, she also points out that “As the limits and rules to organize a race are stricter, maybe some local organising committees will not be in a position to hold the race because it is more difficult than previously. Moreover, after this economic crisis it will be more difficult to find sponsors and supporters”

Diego Zarba from K42 also points out the economics of the situation: “Commercial events have a minimum of runners to reach a financial balance and if that minimum is not reached, they are unviable. Our estimates say that we couldn't do the K42 with less than 700 runners for the 15 km and another 700 for the 42km on Saturday. But that is a high number for the parameters that we are seeing today with the pandemic.”

Diego echoes the comments of Cristina about the longer term economic impact of the pandemic more generally: “What will take more time, and it will depend of the policies of each country, are the economic conditions that would allow people to return to social and entertainment activities.” But he also thinks that when a vaccine is available, confidence in events will grow: “I believe that the effects will continue to have an influence on the activity until there is a vaccine available. Once we’ve reached that point, society will gain confidence in small steps, and will demand to return to those events where they can share and socialize the same ways as before.”

For now, organisers are doing what they can to make events happen safely and obviously runners have a responsibility to do their part as well. For now that might mean certain compromises, but with a long term goal of getting back to ‘normal’ at some time in the future. As Valentin Genoud puts it: “I think that running in the mountains is a personal challenge, an event that brings a lot to you. A lot of people started running during the confinement, but a race without an audience, without festivities, you lose the emotion that comes with it. I hope it can get back to normal.”