Dipping A Toe Into The World Cup 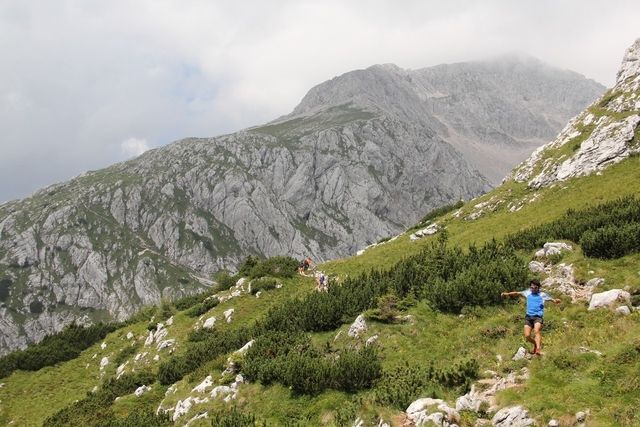 We asked Japanese runner and member of the WMRA Athletes' Commission, Fujio Miyachi, to tell us about his first experience of running in a World Cup Race, Tek na Grintovec in Slovenia. So if you're thinking of dipping your toe into the World Cup, or mountain running races this year, read on...

I started to take part in mountain endurance races in 2006.  Frankly speaking, I did not know it as “Mountain Running” at that time (of course, I guess that most Japanese runners didn’t know it either).  So, at first, I took part in “Trail Running” races in the Asian region and North America in places such as Malaysia, Saipan, Hong Kong, Hawaii, Colorado, Oregon and Utah as well as Japan.  A turning point came at a trail running race at Colorado in 2011.  I found a leaflet placed at the exhibition booth of the race venue. It was a newsletter from the World Mountain Running Association, and national mountain runners from the World Championship in Slovenia in 2011 appeared on the cover page.  I was fascinated about this competition with international runners.  So, I didn't even know what "Mountain Running" was, but immediately decided to try it. The stage for this challenge was the Mountain Running World Cup "Tek na Grintovec" held at Slovenia in 2012.  This was my first time in Europe.

Different counties have different cultures, including in event organization and its atmosphere. I was particularly surprised by the race briefing the day before. International runners had to have a dinner and race briefing together.  During the briefing, each runner was called up by the organizer to receive their race number bib.  It wasn’t formal, it was pretty casual so that every runner enjoyed the dinner with their family.  Obviously, the majority of the runners were European runners there who knew each other, probably because they had often run together in other races.  They were also kind to the minority such as me too.  After the briefing, we had to sign a document for a doping test agreement. 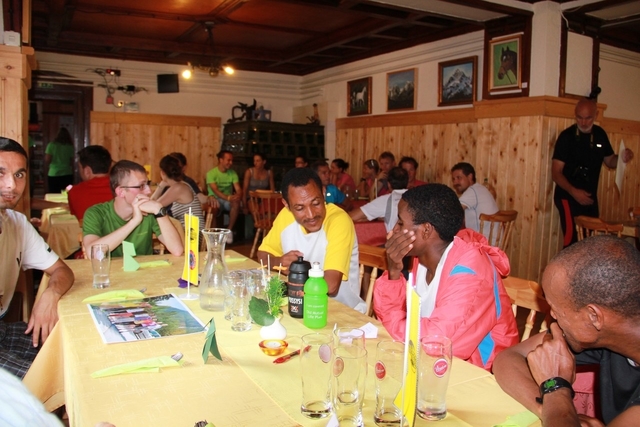 The World Mountain Running Association supports the anti-doping policy as an obligation of international sport.  It was the first time I encountered the issue of doping in a race.  All the trail running races I had participated in before didn’t require me to take a doping test.  When I decided to race in the World Cup of mountain running, I started to go to a sports clinic near my house in order to consult with a doctor who had good knowledge of doping issues and worked for the Japanese national teams of tennis and sailing.  Also, because I suffered from severe asthma when I was a child, I started to pay attention to the medicines I was prescribed, the food and drink in my daily life since then.  So, I believed that I was prepared, with medicines checked.  Nevertheless, it was still a shock to encounter the reality of anti-doping controls at international competitions.

"Tek na Grintovec" was a really tough race that went up 2000m in 9km.  I ran up a relatively gentle hill in the forest for a few kilometers after the start, and had to climb up the very steep and rocky slope when I entered the trail head. I just kept climbing up towards the top of the mountain past the hut located at the halfway point by chasing a runner ahead.  Generally speaking, European runners are big and have long legs.  When I ran at the same pace as they did, they could move farther than me.  So, it was hard for me to chase such big European runners.  Even among such European runners, of course, there are smaller ones.  I was so surprised to see that such small runners climbed up so lightly like antelope.  They made the best use of their own physical characteristics and carried themselves easily with high flexibility.  After the competition with all these runners, finally, I somehow crossed the finish line.  However, another race was starting again immediately.  At the 2000m height of the mountain, the temperature dropped by about 12 degrees, and on the ridgeline, the perceived temperature also drops considerably.  I did not care about the cold temperature during the race because I was concentrating on running.  However, after the race, I suddenly not only realized the strong wind and the cold weather but also became afraid of hypothermia.  So, I went down quickly together with other runners who had finished.  The result of my first race was 28th place in 1 hour and 44 minutes. I was drawn in by this sport, because of the powerful European runners with great dexterity as well as the warm supporters with enthusiastic cheering even on the steep mountainside.  This is the memory of my first World Cup. 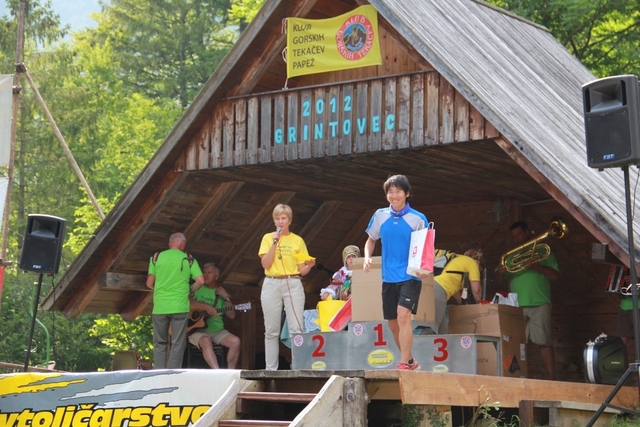 In this race, I met a person who would become indispensable to me.  Tomo Sarf has been a council member of the World Mountain Running Association for many years and is widely known globally by everyone as father of Slovenia’s mountain running community.  Since then, I have met him every year at the World Cup and other races in Slovenia. He was really kind to me, as were the other council members and the international athletes.  He helped me to communicate with the race organizers and book hotels near the race venue.  For me, as somebody who has to travel from Japan every time for the race, he is like a family member in Slovenia.

Unfortunately, "Tek na Grintovec" ended in 2019 with the 20th edition but I would love to climb it again.