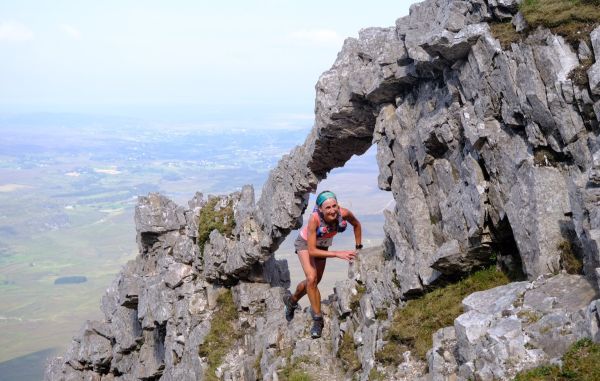 The 2022 World Cup is a mix of the old and the new; established classics, events making their World Cup debuts, and 3 countries that the series will visit for the first time. Over the coming months we will be looking at each of them in turn; the mountains, the people and the history that make them special.

We start with this year's World Cup opener, the Seven Sisters Skyline on May 21st in the stunning Derryveagh Mountains of County Donegal, Ireland. A Silver Label event for 2022, it is not only the race's first appearance in the WMRA World Cup but the World Cup's first ever visit to Ireland.

"We are absolutely thrilled and delighted to have our event on the WMRA World Cup calendar," said race director Eunan Quinn. "We look forward to welcoming everyone to Dunlewey, Donegal for our amazing route across the Seven Sisters in the Derryveagh mountains.

"Participants say our course is the best in Ireland so we are very proud of that, and hopefully will push on for a gold label event in coming years."

First staged in 2018, the Seven Sisters Skyline has previously offered distances of 27km and 55km. While the 55km remains, the 27km has been tweaked to produce the 30km, 2,100m+, Long Mountain race which features in this year's World Cup, a point to point traverse of the range from north to south. The climb up the first mountain, Muckish, sets the tone. Following the Miner's Path, runners pass the remains of an old quarry as they zig-zag steeply upwards on their way to the summit at 667m. From there, they continue on over the summits of Crocknalaragagh, Aghla Beg, Ardloughnabrackbaddy, Aghla More and Mackoght, past Heart Attack Hill and Altan Castle, before climbing the north ridge of Errigal, Ireland's most iconic mountain and the highest in Donegal.

It's a real sting in the tail, the hardest climb on the course, and runners who have measured their effort will be rewarded here. From there it's just a matter of safely navigating the final 650m quad-smashing descent, before hanging on through the race's cruel, runnable final kilometres.

Although this race may not have the thin air of some of its counterparts in mainland Europe, reaching its highest point on the final summit at 751m, it has an open, exposed feel and packs a punch that belies its altitude. From soft, boggy ground, to abrasive quartzite boulders and scree, this is unforgiving terrain that will punish those whose legs are not up to the task.

But the rewards are significant. On a clear day there are spectacular views not just of the mountains themselves but out to the Atlantic coast and the islands of Donegal in the north and west.

Ireland's most northerly county, Donegal is a part of the Gaeltacht, those areas of Ireland where the Irish language is still widely spoken and where the traditions surrounding Irish music and folklore also remain strong.

Anyone considering building a holiday around the race might consider a final pre-race tune-up or a post-race recovery run up Donegal's other most famous mountain, Slieve League, where some of Europe's highest sea cliffs connect the summit directly with the Atlantic ocean, 601m below.

Elsewhere, visitors should avoid being put off by the place names; Bloody Foreland and the Poison Glen are much, much nicer than they sound. And although it feels isolated, Donegal is relatively accessible, just 2.5 hours from Belfast.

It's a big year for Mountain Running in Ireland as the World Masters Championship heads to County Waterford in early September.